Best Spots to Visit while in Bulgaria! 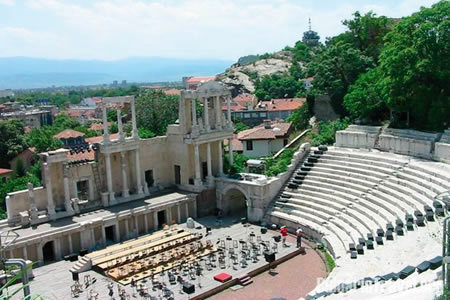 Even though Bulgaria is a relatively small country it certainly has much to offer anyone who is interested in experiencing the beauty and history of Eastern Europe.

Bulgaria offers a huge variety of greenery and nature escapes with the many mountains, black sea, stunning lakes, and villages which are pretty enough to be used in postcards. This vibrant country offers all four seasons so it doesn"t matter when you visit you are guaranteed to have a wonderful time. Many places of natural beauties and ruins have not been touched by all the holiday home developers found in Bulgaria, plus it is advised that you hire yourself a guide which are normally cost effective there and will ensure you visit all the right places to suit your taste.

But if you wish to explore Bulgaria on your own and see it as it is then below are all the best spots in Bulgaria:

Bulgaria boasts 7 amazing sites which have been listed on the UNESCO world heritage list and even many more which are still awaiting approval. These include the:

Two ancient tombs of the Thracians

The old city of Nessebar

Have you been skiing in Bulgaria? If not then you must visit the stunning Bansko resort and enjoy the wonderful ski conditions, low-cost hotels, great night life and evening pub sessions with the latest music. This is what makes Bansko such a popular destination and great for both skiers of all levels and snowboarders. Visit our Bansko Page.

The many monasteries around Bulgaria has survived almost 5 centuries of Muslim control and has been successfully able to keep Bulgarian nationalism alive after all those years. The Bulgarian Orthodox tradition has contributed largely to the country"s culture and it"s history.

The town of Melnik is well-known for its size – being the smallest town in the country. Many years ago it was a large cultural and commercial center for this region, but with history Melnik has now been reduced to just 97 buildings, all of which are recognized as cultural monuments. Not forgetting the beautiful yellow rocks surrounding the town and adding the the great views which can simply be described as fascinating.

However the most current way of describing Melnik is the town of the wine. Melnik, as well as its near by villages, are all a major producer of a variety of red wines.

Share |
Back
SIGN UP and get our best deals     SUBSCRIBE
follow us
Balkan Holidays
Read our blog
Awards
About Us
Careers
Contact Us
Affiliates
Holiday Information
News
FAQS
Modern Day Slavery Policy
Our Site
Help
Cookies
Terms of Use
Sitemap
Privacy Policy
Brochure Request
Security Policy
Our Customer Reviews
Book with confidence
TRAVEL AWARE, ADVICE AND SAFETY
The Foreign & Commonwealth Office have up-to-date advice on staying safe and healthy abroad. For more on security, local laws and the latest travel information, visit the FCO Travel Aware website or view our guide to Travel Advice and Safety. The advice can change so check regularly for the latest updates.