Located in south-eastern Europe, lies the picturesque country of Montenegro. A beach lover's paradise, Montenegro boasts an impressive coastline, made up of 117 stunning beaches that total 73km in length.

Montenegro is a land blessed by exceptional versatility and colourful contrasts with unmatched natural beauty and centuries of traditions, still visible in the small villages along the coast. Combine Montenegro's mild Mediterranean climate which enjoys an average of 240 sunny days each year and average temperatures of 30C in the peak of summer, with some of the finest beaches imaginable, calm turquoise waters of the Adriatic and the fantastic hospitality of the local people and you will no doubt agree that Montenegro is without doubt the undisputed pearl of Europe.

Marvel at the seaside stone-built towns in sunny blue bays with lovely beaches made up of small pebbles and coarse sand, guarded by the lofty peaks of the Montenegrin mountains. Sub-tropical climate with lush flowers and shrubs, olives and mimosas growing in the brilliant sunshine. A truly hospitable and relaxing atmosphere which dappled by the open-air stages, festivals and celebrations make the summer in Budva, Petrovac and Becici an ever lasting moment. There are a great variety of water sports offered at the main resort beaches, or to sample Montenegro's beauty make sure you head inland and experience the country's timeless stone villages, the dramatic fjord-like Bay of Kotor or the untouched Lake Skadar.

Montenegro is at its best on long summer evenings when the streets fill up with people, young and old, heading out for a slow stroll - a scene that's found in every city, town and village throughout the country. As the number one tour operator for holidays to Montenegro, Balkan Holidays offer a comprehensive choice of accommodation in the resorts with a number of specially selected hotels, providing value for money and first-class facilities. Many of the hotels offer all the facilities and amenities you could want ensuring you a relaxing and refreshing holiday experience.

With over 52 years experience, Balkan Holidays continue to provide the very best package holiday prices and that's why we are delighted to save you even more on your holiday to Montenegro with our variety of discounts and savings including loyalty discounts, early booking reductions, hotel special offers and much much more. Discover why holidays to Montenegro are like no other and could be just what you are looking for this summer!

When it comes to magic, wonderment and adventure, you can't do much better than Montenegro. Sat on one of its perfect beaches - the glittering Adriatic Sea on one side and the country's spectacularly charismatic coast on the other - it's easy to think you might be lost in a fairytale.Add bustling resort towns, personality-bursting cities and splendid natural assets, and you've got a unique location that is really quite different from anywhere else in the world.

Montenegro, the very name has something of a spellbinding quality, conjuring up images of spectacular sunsets, long summer evenings and a fascinating land unlike any you're used to. Picture first the coastline, which stretches for only 100km from one end to the next. While it's small, there's certainly a lot to talk about. Sharp cliffs edge away into a terrifying plunge before smoothing out into beaches or juddering upwards as mountains. Here, casual holidaymakers can mingle into the crowds, enjoying the atmosphere while their more intrepid counterparts sidestep into the mountains in search of adventure. It really is a fascinating place, offering something for everyone.Every now and then along the coastline, you'll encounter a little walled town, sporting great history, charm and amenities for all the tourists. Budva, Becici and Petrovac are examples of these. Each has its own selection of characteristics and nuances - Budva with its 3,500-year story; Becici with its extraordinary sandy beach; Petrovac with its distinctly laid-back atmosphere. Whether you choose to stick to one or the other, or perhaps travel between them, you'll find the word 'magical' is simply impossible to avoid.Cuisine-wise, the country has an extraordinary plethora of dishes to show off. If you're anywhere near the beach, you will want to try some of the seafood offerings. Squid, octopus, tuna, shrimp and mussels are almost guaranteed to be prepared with care to perfection in locations where the land meets the ocean - black risotto with cuttlefish is worth asking for if you're seeking inspiration.Montenegro is famed for sitting on the borderline between the east and west, while its turbulent past has forged it into an even more interesting nation. The richness of the cultural history can be seen painted in the mosaic floors of Roman villas, onto Orthodox monasteries, elegant churches and towering mosques. Yet while there is plenty of history and culture to be discovered here, the natural scenery and nightlife in places such as Budva means you can just as easily enjoy a visit focused around sunscreen and partying. It really is a destination that goes out of its way to impress everyone.

We've already touched upon Montenegro's foodie culture above - it really is something to die for. From the wild tastes offered by the exotic seafood dishes to the freshness of the salad ingredients, you simply can't go wrong. We've also said the nation has been impacted by its east-west split, and the food is no exception. While you can expect Mediterranean influences from Italy in the cured meat style and the way the bread is made, dishes from Hungary, Serbia, Levant and Turkey have also made their way into recipe books. Meatballs to musaka; soup to stew; pita to pilav; you are sure to have the tasting experience of your life.But while your mouth will be watering at the thought of all of the above, it is but nothing to the prowess of the dessert department here. Crepes, doughnuts, jams, myriad biscuits and cakes - you can expect all of these to have an impact on your waistline. Keep an eye out for Turkish sweets like baklava and tulumba, while also watching out for Vienna-style vanilla slices and apple strudel. Your taste buds will undoubtedly be tingling the moment you step off the plane.

Two international airports - Podgorica Airport and Tivat Airport - serve Montenegro perfectly well and have recently seen renovation work that has greatly aided passenger experience. An extensive infrastructure for transportation further aids getting to and from major hubs, and while motorways have yet to be constructed to connect major cities, single carriageway-type roads allow speeds of up to 80km per hour. Passenger travel by rail is restricted to a single line and is therefore seldom used, but buses are plentiful. Exact timetables can be easily tracked down on the internet or obtained at transportation hubs. It is particularly easy to reach the beach and town resorts, with efforts made to keep things as simple as possible for visiting tourists.

Things to See & Do

So what are the top activities in Montenegro? Depending on where you're staying, there will be a host of local things to do, which might range from getting the adrenaline going at a watersport to exploring some of the beautiful natural scenery. If you get the opportunity, the Tara River and Canyon which slice through the mountains to the central east districts of the country are particularly spectacular, as are the national parks of Biogradska Gora and Lake Skadar.Those wishing to make the most of Montenegro's fascinating history should make a beeline for the National Museum of Montenegro. Located in Cetinje, there is an impressive collection maintained here. Witness actual places of history by making the impressive climb to the Ostrog Monastery, which rests in a cliff face some 900 metres above the Zeta valley. There are numerous sites such as this dotted around the country - places where you can get to grips with a culture that existed many years ago. Half the fun is discovering them all.
Weather
Average High Temperature (°C)
20
10
0
0
5
10
15
J
F
M
A
M
J
J
A
S
O
N
D
Average days with sun
Map
Quick Facts 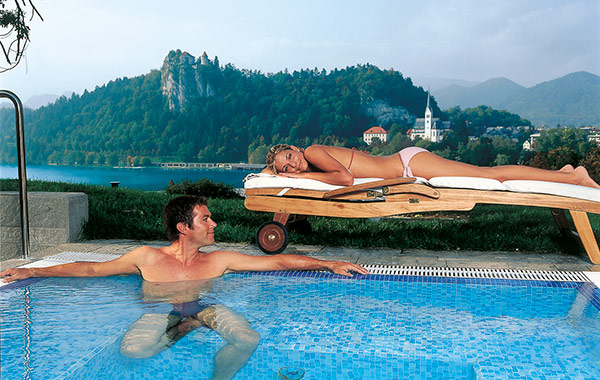 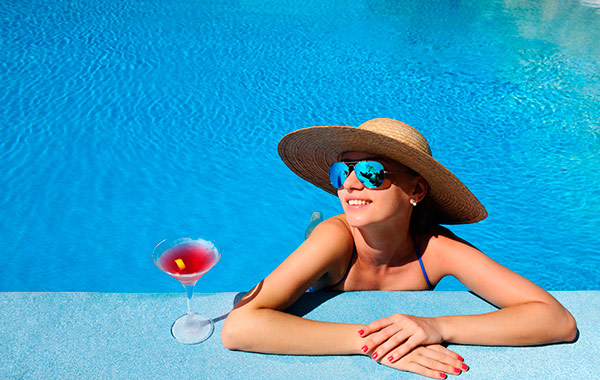 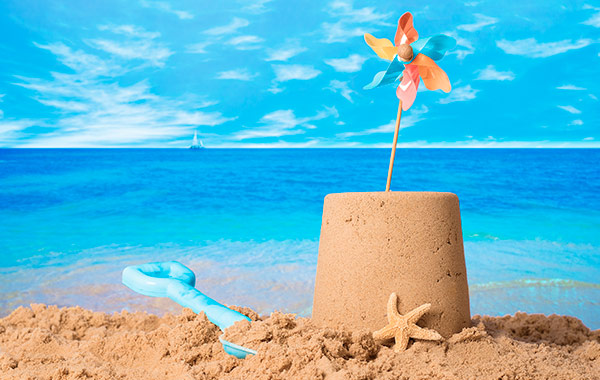 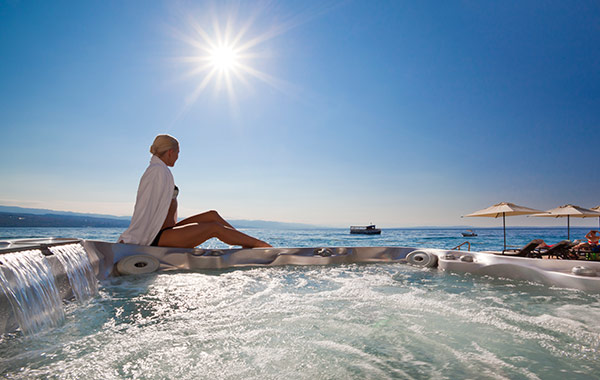 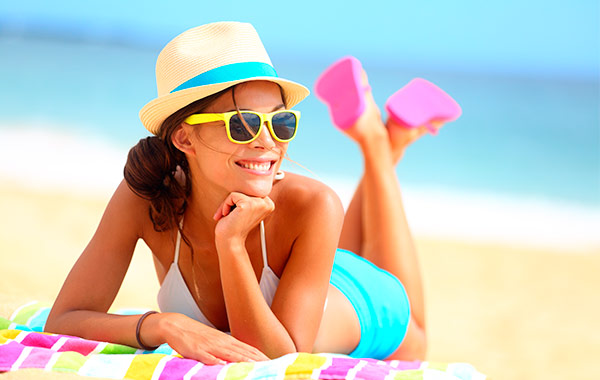 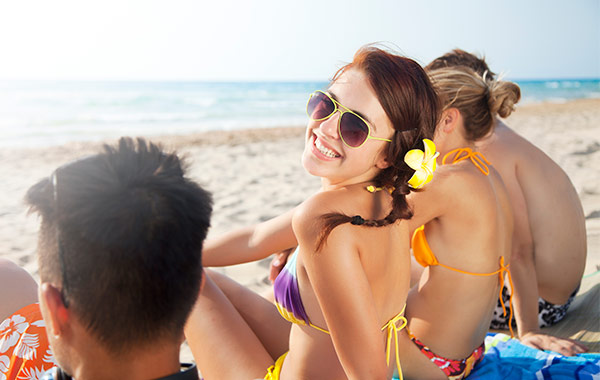 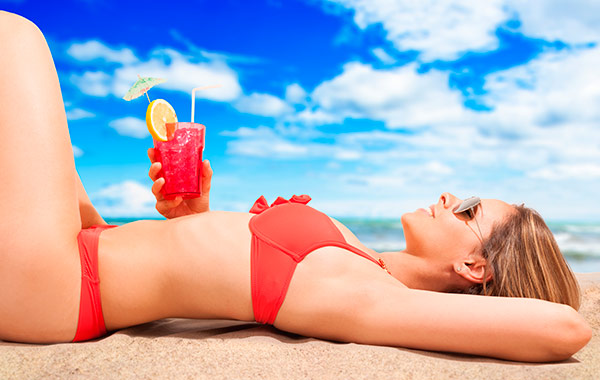 Balkan Holidays has 54 years of experience in providing great value summer and winter holidays
and since 1966 we have sold over 3 million holidays.