Tucked into a mountainous corner, between Austria, Italy, Hungary and the Adriatic Sea, everything in Slovenia is in abundance, the majestic Julian Alps with their glacial valleys, sparkling rivers, crystal clear lakes and breathtaking waterfalls, deep forests and mysterious Karst caves, fascinating medieval towns, beautiful castles and Gothic churches and the warm Adriatic.

Whether your ideal holiday to Slovenia is spent in a tranquil setting with a breathtaking backdrop, none more famous than Lake Bled, rambling along valleys from Kranjska Gora or relaxing under the sun at Slovenian coast, this country has the perfect resort for you. Discover why Slovenia holidays are like no other and could be just what you are looking for!
read more ▼
A World of Holidays to Choose From
Our collection of great value for money Summer Holidays in Slovenia 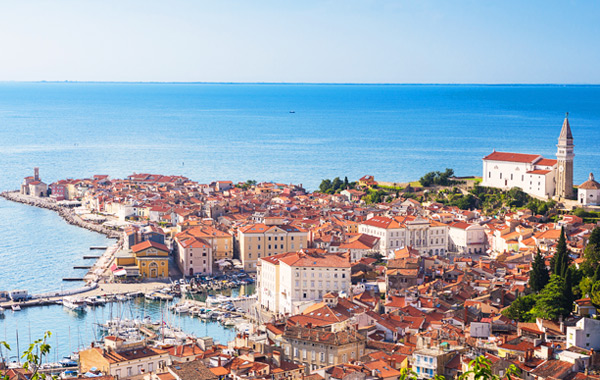 from £466pp
PORTOROZ
The beautiful resort of Portoroz offers a pleasantly mild climate, fashionable hotels and modern tourist attractions ensuring that Portoroz more than lives up to its name as the 'Port of Roses'. 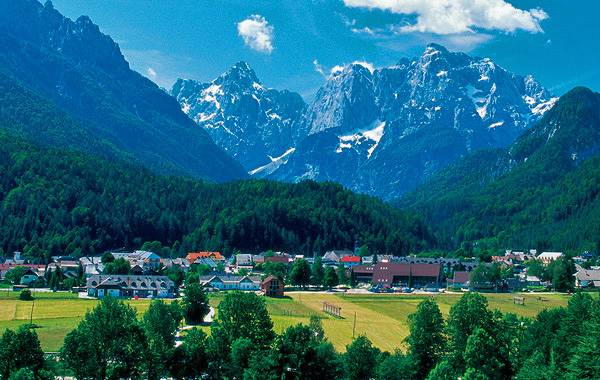 from £321pp
KRANJSKA GORA
Kranjska Gora is the most popular Slovenian all year resort for an active holiday. There is so much to do that you will need at least one day off to relax and reflect on where you have been and where you still must visit. 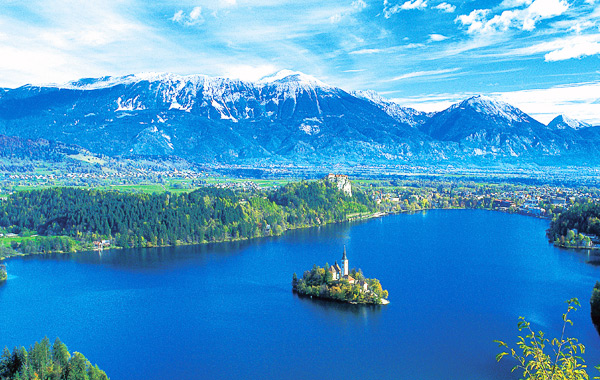 from £379pp
LAKE BLED
Lake Bled has all the ingredients for the perfect holiday - stunning scenery, reliable weather conditions, thermal lake water, good quality accommodation and that famous island in the middle of the lake.

Always alluring and devastatingly beautiful, you can't help but be seduced by the charms of Slovenia such as snow-capped peaks and turquoise-green rivers, along with an Adriatic stretch of coastline that boasts a rural rustic charm.

From its most picturesque villages to its stunning cities, you'll encounter traces of Slovenia's history. One of the first things you'll notice is the way you will come across various historical eras at every turn. The country has done well to preserve truly old items in museums, but things like archaeological finds are often displayed where they were found - whether out in the middle of nowhere or in the middle of town. You'll spot countless castles, churches and other important buildings in villages, cities and on hilltops - they're just begging to be explored.Get a sense of the medieval by visiting Bled Castle, Ljubljana Castle and Celie's Old Castle, dive into ancient history by seeking out an archaeological park - these are very common throughout the country - or pay tribute to the dead who lost their lives during Slovenia's dark and troubled past by visiting the cemeteries on the River Soca.

Despite the fact the country's population only stands at around two million, Slovenia performs well above its weight in terms of education, international sport, science, academics and even philosophy. Wherever you go, you can be expected to be treated to a smile and (often) an English greeting. People here are proud of their country and happy to show it off.Living as they do in such a stunning nation that positively oozes with natural beauty, Slovenians are well-attuned to nature. Food influences come from the neighbours - Austria, the Balkans, Hungary and Italy - and fresh ingredients are used wherever possible. Try a delicious salad or a rich red wine - this is a great foodie destination. The people value being outside and you may be invited - or expected - to participate in whatever sporting activity they're doing on a particular day. Lake Bled is a particularly stunning area to enjoy cycling.

Slovenia is situated in central Europe and touching the Alps, bordering the Mediterranean. These include the Julian Alps, the Kamnik-Savinja Alps and the Karavanke chain. As previously mentioned, Slovenia is absolutely stunning to look at, wherever you go, with emerald-green rolling hills and imposing mountains taking up around 90 per cent of it. While this makes for a great playground for sports fanatics who want to get the blood pumping, there are also beautiful beaches lying against the coast - great stretches of white sand against turquoise ocean - that are quite frankly in a class of their own.

Slovenia is very much a rural destination first and a city destination second, but that doesn't mean there aren't plenty of sights, sounds and sensations to experience in its towns and urban areas. Ljubljana is the capital and makes a fascinating destination all on its own. Many festivals, celebrations and markets take place here, so seek out a calendar of events upon arrival. Your hotel staff should be able to suitably inform you if you can't find one.Other places worth visiting include Piran, an old Mediterranean town on the coast. There are many narrow streets to explore and there is certainly a spirit of history. Maribor is also an incredible place to spend some time - its quaint little squares dominated by impressive architecture from all sides are quite something.

Passports need to be valid for the proposed duration of your stay - no other validity is required. British nationals do not require a visa to travel to Slovenia. However, there are certain customs and laws to be aware of. Carry your passport at all times as a form of identification. It is important to register your arrival at a police station within three days of getting to Slovenia - this will usually be done by your hotel, but if you're in self-catering, it's worth checking the arrangements with the booking agent. There are also heavy on-the-spot fines for jaywalking, so get used to crossing at a designated point. If you're intending to drive during your holiday in Slovenia, you must use a vehicle fitted with winter equipment including snow tyres, to cope with the harsh conditions.

Since 2007, the euro has been the currency of Slovenia, replacing the tolar. Euros are very easy to get hold of at foreign exchanges, although you may find there are other options that might be cheaper to explore. Never trade money at airports on the way to your destination - you'll always receive the worst rates.
Weather
Average High Temperature (°C)
20
10
0
0
5
10
15
J
F
M
A
M
J
J
A
S
O
N
D
Average days with sun
Map
Quick Facts

Why book with us?

From Your
Local Airport
Trust
the Specialist
Free
Child Places
Fully Protected
Holidays
No Hidden
Extras
Loyalty
Discount
* Free coach transfers for summer package holidays from the airport to the resort and back. Excludes Lakes and Mountains and Gofing holidays in Bulgaria, Croatia , Istria area holidays and Summer Short Breaks. Free coach transfers on winter ski package holidays to Bulgaria, Slovenia and Romania, except  Winter Ski Weekends and flights operated by low cost airlines.
Low deposit is not valid for flights operated by low cost airlines.
SIGN UP and get our best deals     SUBSCRIBE
follow us
Balkan Holidays
Read our blog
Awards
About Us
Careers
Contact Us
Affiliates
Holiday Information
FAQS
Modern Day Slavery Policy
Our Site
Help
Cookies
Terms of Use
Sitemap
Privacy Policy
Brochure Request
Security Policy
Our Customer Reviews
Book with confidence
TRAVEL AWARE, ADVICE AND SAFETY
The Foreign & Commonwealth Office have up-to-date advice on staying safe and healthy abroad. For more on security, local laws and the latest travel information, visit the FCO Travel Aware website or view our guide to Travel Advice and Safety. The advice can change so check regularly for the latest updates.