Having previously been a French Alpes exclusive snowboarder, I had the opportunity to visit Bansko in March 2020 just before lockdown started, and boy was I impressed! I was pleasantly surprised by the quality of the slopes in Bansko, well groomed, corduroy slopes met me and without a mogul in sight! There was a mixed standard of slopes too, not just blue runs but some good reds which were a good width too and to top it off I was also lucky enough to have sunshine too! For the Instagramable photos head to the ‘Bansko loves you ball’ on the piste!

A few times throughout our stay we visited the Mountain restaurants as you do for a quick stop (beer!) or a bite to eat (often pizza or cheesy chips) and not only did I find the locals to be lovely, I also noticed the pricing to be very reasonable, this is so great for the wallet and I think families would benefit from visiting the Bulgarian resorts to help save them money, especially when comparing to other European resorts where I have paid around 7-10 euros for a pint of beer in the past!

Contrary to my expectations the pistes were not crowded, even on the 7km long ski road to get back into resort, I did not experience the usual criss crossing, however this can happen later on in the day.  In March I was pleasantly surprised to make it down to the Kempinski Hotel which is by the main lift station before the snow had melted, result! 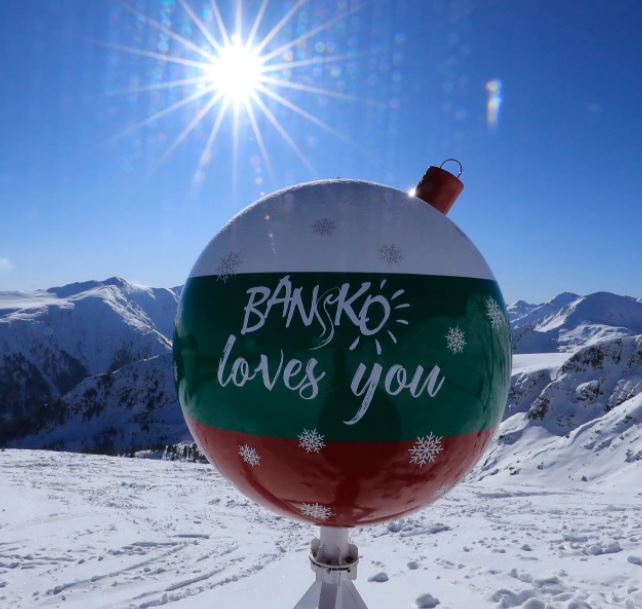 Back in resort I stayed at the 4* Hotel Strazhite, this hotel was a short walk to the main Gondola, I walked this but there was also a free shuttle bus on offer too! The reception area in the hotel was large and welcoming with a large bar area too, but for me the spa facilities in the hotel were the main pull, sauna, steam room and other spa facilities, as well as the option for treatments, the spa was modern and the swimming pool has fantastic mountain views too, just what we needed after a day on the slopes.

The town of Bansko was not like any other resort I had visited, it is a very large town and has lots of bars, restaurants and shops in the main area, therefore it is brilliant for Après ski!! We experienced a pub quiz hosted by our Balkan Holidays Entertainer Gary and this was great fun. There is also an old town which houses a clock tower that has been ticking for 150 years as well as lots of traditional Bulgarian restaurants ‘Mehanas’ plus if that’s not all, Bansko is situated in the Pirin Mountains which are a UNESCO World Heritage site!

Overall even as an experienced snowboarder, I believe Bansko has something to offer, having always known of this resort to be aimed at a more intermediate or beginner skier, I genuinely believe that even the more advanced would benefit from a visit to Bansko, reasonably priced ski holidays which are easy on the wallet whilst there, as well as a snow park, varied pistes and colourful après scene, not forgetting the quaint old town steeped in History, Bansko has something to offer everyone.