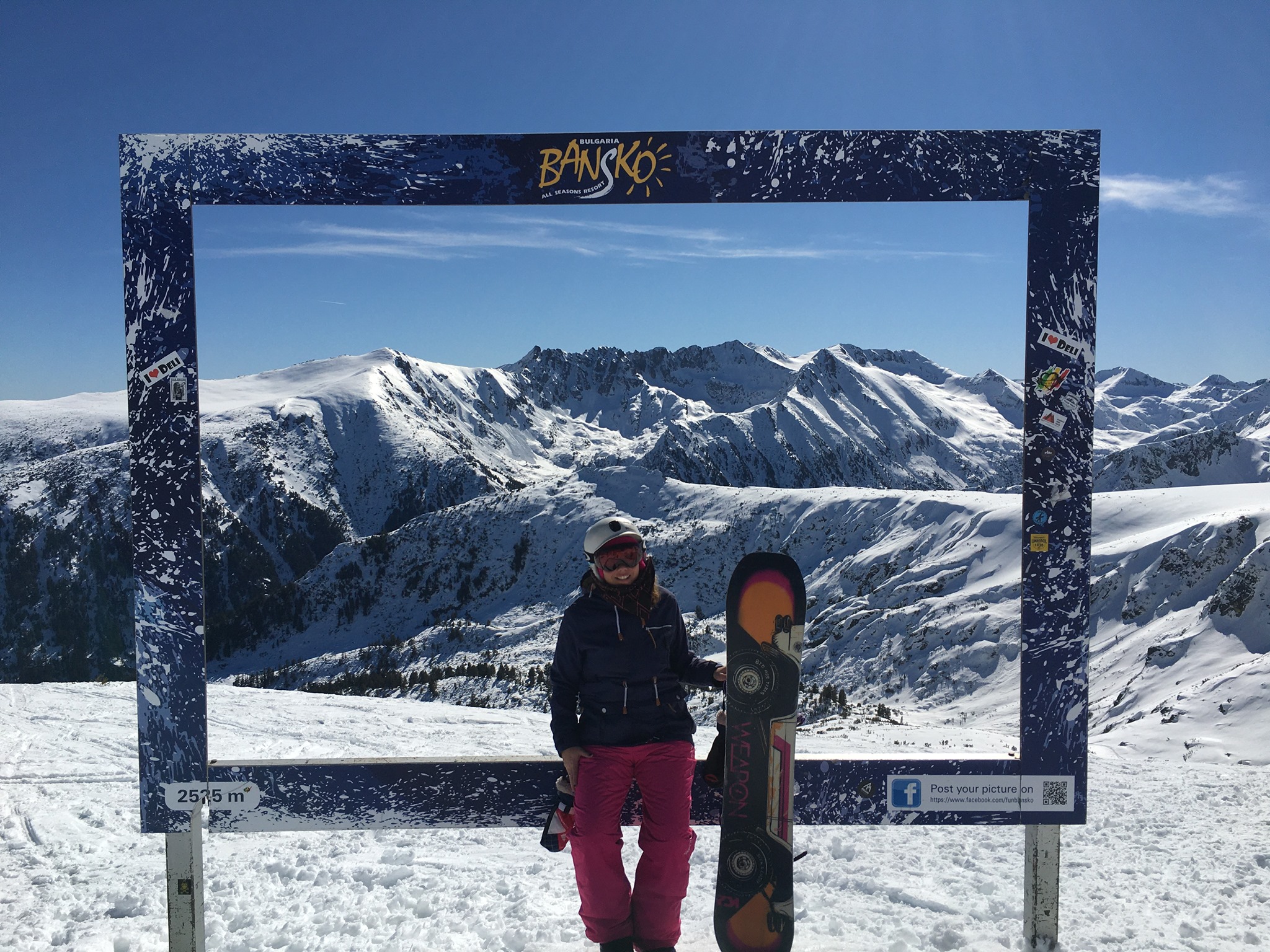 Having previously been a French Alpes exclusive snowboarder, I had the opportunity to visit Bansko in March 2020 just before lockdown started, and boy was I impressed! I was pleasantly surprised by the quality of the slopes in Bansko, well groomed, corduroy slopes met me and without a mogul in sight! There was a mixed standard of slopes too, not just blue runs but some good reds which were a good width too and to top it off I was also lucky enough to have sunshine too! For the Instagramable photos head to the ‘Bansko loves you ball’ on the piste! A few times throughout our stay we visited the Mountain restaurants as you do for
READ MORE
Bansko
Five Reasons Why Skiing in Bansko is Unforgettable

Nothing quite compares to carving on your board or skis down freshly groomed pistes on a sunny crisp morning,taking in the views of the Pirin Mountains and getting a serious adrenaline rush at the same time. Quite frankly, there's no better place to do it than on a  Bansko Holiday, without a doubt Bulgaria's most modern ski resort. Here are five reasons why it's the best place to be if you're into the sport. Location Situated as it is at the foot of the Pirin Mountains, you're lucky to have a whole UNESCO World Heritage Site to explore at your leisure. Bulgaria's landscape is at its wildest here, and
READ MORE
Bansko
Our Top Reasons Why You'll Love Learning to Ski In Bulgaria

Our Top Reasons Why You'll Love Learning to Ski In Bulgaria You've thought about learning to ski, but you find yourself asking the question "is it for me?". Well, the answer simply has to be YES! Why? Because not only is skiing an incredibly fun hobby that will take you to some of the most breathtaking places, but provided you are in good hands, skiing is also easier to learn and more affordable than most people think. Not much can compare to the cocktail of positive emotions racing through your body when you find yourself at the bottom of the slope having just completed your very first run. Almost instantly you find
READ MORE
Bansko
Bansko regains title as ‘Best-Value Ski Resort for Families 2019’ 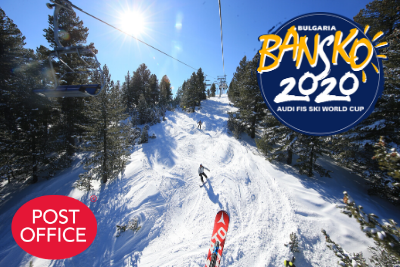 According to the Post Office report for 2019, Bansko, Bulgaria is the Best-Value Ski Resort for families. The report compares the cost of a lift-pass, tuition, lunch and drinks on the mountains and ski and boot hire for a family of four. In all, 25 resorts were compared. The cost of the all the items in Bansko was £1529.72, a reduction of 0.3% since last year. Head of Marketing for Balkan Holidays, Louise Newton said, ‘It is no surprise that Bansko tops the list, as the resort offers incredibly low-priced items. That makes it perfect for families, especially those with children who are learning to ski and need an
READ MORE
Bansko
Bansko Builds Europe's Longest Inflatable Waterslide 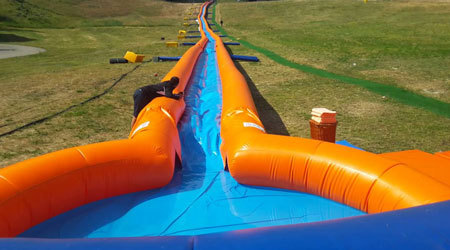 The Bulgarian resort of Bansko, usually in the news as Eastern Europe's best ski resort, can now add a new summer achievement to its history as the home of Europe's longest inflatable water slide. At a length of 350 meters, the slide has been built at Bandreshka meadow. Similar such slides built for entertainment purposes can only be found in the US, New Zealand and Australia. In addition to the new water slide, which has already proved a huge hit with tourists to the area, visitors can also enjoy the new mini golf, football, inflatable castles, swings and play areas for the younger children. Ulen director Ivan Obreikov said
READ MORE
Bansko
Bansko Wins Best Ski Resort in Bulgaria at the World Travel Awards

Once again Bansko has outdone itself by winning the Best Ski Resort in Bulgaria award for the 4th time in a row with a record vote. The director of the World Ski Awards Zion Rapson said "Bansko can be proud that it won in the year with the most recorded votes in the 4 year history of the competition” A huge 1,6 million online votes over 16 weeks saw consumers determined the winners of the four main categories, “Best resort “, “Best Hotel”, “Best Boutique Hotel ” and “Best Chalet” from among the nominations from 25 countries over 5 continents. The Bronze trophy, which looks like
READ MORE
Bansko
Bansko Shines At 2018 World Ski Awards 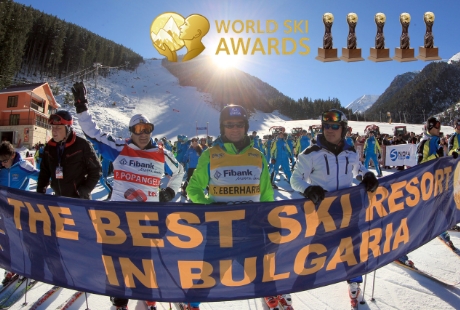 Bansko has once again been named "Bulgaria’s Best Ski Resort" at the 2018 World Ski Awards held on November 18th in Kitzbühel, Austria. This marks the fifth consecutive time that Bansko has won the prestigious award since the World Ski Awards were first launched back in 2013. Furthermore, a Balkan Holidays customer favourite, the 5* Kempinski Hotel Grand Arena in Bansko took home the "Bulgaria’s Best Ski Hotel" award, making it a good night for the resort. Launched in 2013, the World Ski Awards was created to drive up standards within the ski tourism industry by rewarding organisations that are
READ MORE
Bansko
Bansko - Open state championship in snowboarding! 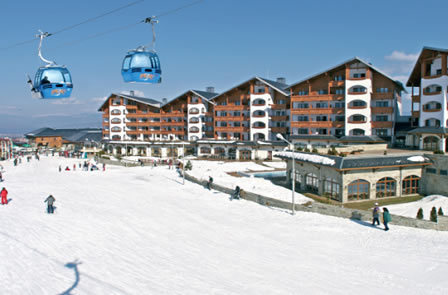 The main track called Ulen and located near Shiligarnika will hold the open state snowboarding championship. These races are part of the ISF (International Ski Federation) calendar. This fantastic contest will kick start on Saturday with the start of the Olympic parallel giant slalom discipline. On Sunday you can expect a parallel slalom race. Many European athletes are expected to attend this event from countries such as Greece, Romania, Poland, Ukraine, Macedonia, Republic, and Germany. Bulgaria will be represented by Ivan Ranchev, Maria Teodora, and Dimova Pencheva who will give hope to our young boys and girls. Want to
READ MORE
Bansko
Mens World Cup Bansko, Bulgaria 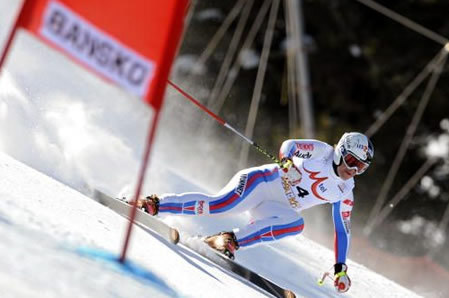 According to the President of the Bulgarian Ski Federation, Tseko Minev. and the Bulgarian Prime Minister, Boyko Borisov, approximately 10-15,000 spectators are expected to attend the Men’s World Cup when it hits Bansko at the end of February. Balkan Holidays is one of the official sponsors of this prestigious event. Winter HolidaysWinter HotelsWinter Flights
READ MORE
Bansko
Bansko invites you to the 15th International Jazz Festival 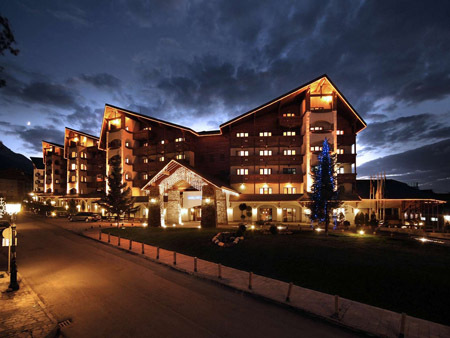 The International Jazz Festival in Bansko - probably the biggest summer musical event in Bulgaria was founded in 1998 and is held every year in the sunny month of August. This year will mark the festival's 15th edition and will be carried out from the 4th to the 11th of August on the open-air stage on Nikola Vaptsarov Square in downtown Bansko, as well as on various smaller stages in the large resort complexes and restaurants. The presence of emblematic figures of today’s music world, the marvellous setting and fact that the concerts are free for the public draws huge crowds every year and has transformed the festival to one of
READ MORE
Destinations
Bulgaria (92)
Sunny Beach (19)
Bansko (16)
Nessebar (2)
Duni (1)
Obzor (1)
Borovets (7)
Pamporovo (6)
Bourgas (2)
Varna (2)
Sozopol (2)
Golden Sands (2)
Slovenia (5)
Romania (1)
Croatia (8)
Albena (3)
Holidays Types
Summer holidays (81)
Winter holidays (62)
Lakes and mountains (1)
Golf (3)
Topics
Things to do (35)
Food and drink (2)
Travel advice (22)
News (150)
Arts and Culture (16)
1 2
SIGN UP and get our best deals     SUBSCRIBE
follow us
Balkan Holidays
Blog
Awards
About Us
Careers
Contact Us
Affiliates
Holiday Information
FAQS
Modern Day Slavery Policy
Our Site
Help
Cookies
Terms of Use
Sitemap
Privacy Policy
Brochure Request
Security Policy
Our Customer Reviews
Book with confidence
TRAVEL AWARE, ADVICE AND SAFETY
The Foreign & Commonwealth Office have up-to-date advice on staying safe and healthy abroad. For more on security, local laws and the latest travel information, visit the FCO Travel Aware website or view our guide to Travel Advice and Safety. The advice can change so check regularly for the latest updates.