What is there to do in Bulgaria’s ski resorts when the skiing stops? What is the apres ski scene like? Well if you really want to you can go night skiing in Borovets and Bansko, but come one, have a day off, or should that be a night off! So if you can tear yourself away from the ski runs you’ll find that at night in Bulgaria’s ski resorts is when the fun really starts!  Let’s start with dinner at a local restaurant, or a mehana (meaning tavern) as they call them in Bansko. Bulgarian food is delicious, especially in the numerous restaurants you’ll find in our three featured resorts. All food is sourced
READ MORE
Borovets
Borovets Ski Resort of Kings

Borovets is the oldest ski resort in Bulgaria and was originally used exclusively by the King of Bulgaria. It used to be called Chamkoria (yes the Hotel Festa Chamkoria was named after this!), Chamkoria translates to Pine forest therefore those who enjoy tree lined skiing you are in for a treat.  Picturesque and photogenic this resort is set on the Northern slopes of the Rila Mountains and offers 58km of piste! (now you’ll know where the Hotel Rila gets their name too!) Borovets reminds me of a small French Alpes resort, which makes complete sense as the resort was styled on Les Arcs in the Savoie region of France! I was
READ MORE
Borovets
Our Top Reasons Why You'll Love Learning to Ski In Bulgaria

Our Top Reasons Why You'll Love Learning to Ski In Bulgaria You've thought about learning to ski, but you find yourself asking the question "is it for me?". Well, the answer simply has to be YES! Why? Because not only is skiing an incredibly fun hobby that will take you to some of the most breathtaking places, but provided you are in good hands, skiing is also easier to learn and more affordable than most people think. Not much can compare to the cocktail of positive emotions racing through your body when you find yourself at the bottom of the slope having just completed your very first run. Almost instantly you find
READ MORE
Borovets
Borovets Welcomes New Six-Seater Chairlift

With Borovets resort in Bulgaria putting the final touches on what is expected to be a busy opening next month, the resort is delighted to announce the completion of its new six-seater high speed lift the "Martinovi Baraki Express".       The new lift replaces the old 4-seater on the existing line with new technology, significant increase in capacity and speed. The new lift will be taking up to 3,000 people per hour, over three times what was previously possible with riding time now only taking 3.5 minutes, that's more than two times faster than previously. Along with better speed and
READ MORE
Borovets
Could this be THE best ski resort to visit this winter?

Ski holidays to Borovets offer great value for money and are a short transfer of just 1.5hours from Sofia airport. The Bulgarian ski resort of Borovets is surrounded by the highest mountains in the Balkans, the Musala (meaning "near God" or "place for prayer") and sits at an altitude of 1320m.   Balkan Holidays offer a range of hotels & apartments within Borovets to suit all budgets including the popular hotels 4* Rila & Rila Studios, 4* Samokov and the 3 & 4* Iglika Palace. These hotels are not only popular for their excellent services and facilities but are also
READ MORE
Borovets
Borovets Holidays with Balkan A lovely client of ours left a great review about their recent trip ski trip to Borovets with Balkan Holidays. "I just want to email a picture of my recent skiing holiday in Borovets. We had a great time, and the reps were so welcoming. There was 11 of us and the resort didn't disappoint in skiing, apres-ski and nightlife. We had great conditions with snow the first 3 days and then blue sky on one day which is when the photo was taken. This is me on my snowboard carving down the Markudjik slopes." - Alex Hargreaves, enjoying a ski trip to Borovets from 22nd to 29th January 2011.  Ski Holidays to Bansko Ski
READ MORE
Borovets
Great Late Season Ski Holiday Conditions 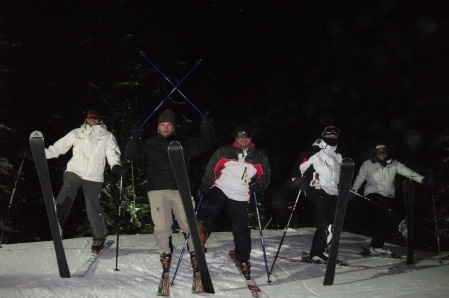 As the 2010/11 Winter draws to a close, our clients this week have been enjoying excellent snow conditions. All runs in Borovets and Bansko are open and boast fantastic piste conditions. Our Representatives in Borovets have reported that clients have enjoyed the late season skiing and the Apres Ski has been very enjoyable and lively this week. You can still book Ski Holidays for the last few weeks of the season, and Balkan Holidays has some great late season deals to Bansko. For Borovets and Pamporovo we have early booking offers and an online discount Late Deals to Bansko Holidays to Borovets Holidays to
READ MORE
Borovets
Borovets Street Festival Comes To Town!

From the 23rd - 25th August, the unlikely combination of summer sunshine and snowboarding will be brought to life at the Borovets Street Festival 2013. Burton Bulgaria in conjuction with the hotels of Borovets will provide a unique opportunity for all keen skiers and snowboarders to ride. A specially covered jump will be used to host a demonstration of the ski and snowboard technology in summer conditions. The ramp will also host a summer ride competition. The competitors will be divided in three categories – snowboard up to 16 years old, snowboard over 16 years old and ski with the winners picking up some fantastic
READ MORE
Borovets
Borovets starts improvement works after record season 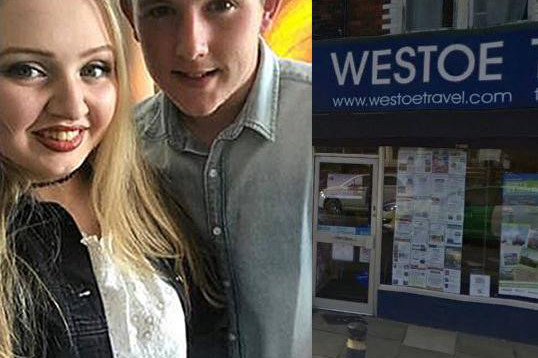 Thanks to the ample snowfall and perfectly maintained slopes, Bulgarian ski resort Borovets has had a successful and record long winter season: lucky skier had the chance to use the slopes by early May. The real hard work just starts now for Borosport, the company that runs the resort: they plan to invest a further 40 million euros in renovation and improvement of skiing infrastructure. Snow cannons on the central slope just outside the Rila Hotel will be developed and new ones installed. The new attraction, Borosport Snow Park will be improved further for a third year in a row with new elements and features for beginners. The
READ MORE
Borovets
Borosport Competition 27th - 28th January Borovets is one of the three main ski resorts in Bulgaria. This annual Borosport Cup is organised by the Bulgarian Ski Federation on the Popangelov slope of this and features the top Slalom and Giant Slalom racers from all countries on the Balkan Peninsula. This is a great opportunity to watch the best skiers from the region adding to the atmosphere of this lively resort.
READ MORE
Destinations
Bulgaria (105)
Sunny Beach (26)
Bansko (19)
Nessebar (2)
Duni (1)
Obzor (1)
Borovets (11)
Pamporovo (7)
Bourgas (3)
Varna (2)
Sozopol (2)
Golden Sands (2)
Slovenia (6)
Romania (1)
Croatia (11)
Albena (3)
Holidays Types
Summer holidays (90)
Winter holidays (67)
Lakes and mountains (1)
Golf (3)
Topics
Things to do (43)
Food and drink (3)
Travel advice (26)
News (158)
Arts and Culture (16)
1 2
SIGN UP and get our best deals     SUBSCRIBE
follow us
Balkan Holidays
Blog
Awards
About Us
Careers
Contact Us
Affiliates
Holiday Information
FAQS
Modern Day Slavery Policy
Our Site
Help
Cookies
Terms of Use
Sitemap
Privacy Policy
Brochure Request
Security Policy
Our Customer Reviews
Book with confidence
TRAVEL AWARE, ADVICE AND SAFETY
The Foreign & Commonwealth Office have up-to-date advice on staying safe and healthy abroad. For more on security, local laws and the latest travel information, visit the FCO Travel Aware website or view our guide to Travel Advice and Safety. The advice can change so check regularly for the latest updates.