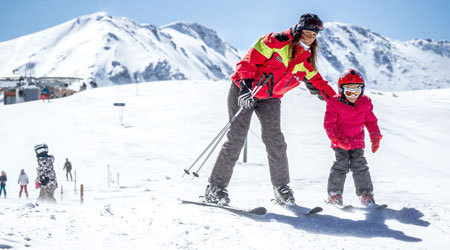 With the pound continuing to fall against the euro, the cost of a skiing holiday in popular French, Swiss and Austrian resorts has drastically increased with unfavourable exchange rates meaning holidaymakers could pay up to 26% more than last season.

In this year’s Ski Resort Report, compiled by Post Office Travel Money, the relative costs of ski passes, equipment hire, lessons and refreshment on the slopes was compared across a range of skiing resorts, finding that Val d’Isère was the most expensive French ski destination.

The survey found that the cost of a holiday at Austrian ski resorts including Kitzbühel have risen on average by 20 per cent, with Swiss resorts including Zermatt coming out as the most expensive of the 20 European resorts surveyed with prices around 16 to 19 per cent more expensive than a year ago.

In addition to this, the survey also found that the strong dollar means it will be more bad news for those planning a skiing holiday in the US or Canada. The exchange rate has pushed up costs in one Canadian resort, Tremblant, by 95 per cent compared to last year, and US resorts Vail and Breckenridge were the most expensive in the entire report. By contrast, the report found that ski resorts in eastern Europe offer much better value for money with Bansko in Bulgaria once again been ranked as the best value winter destination. Prices there have risen just four per cent year-on-year, despite the weaker pound. The cost of a six-day ski pass at Bansko would set UK tourists back about £114 at current exchange rates, compared to over £600 at Vail, the survey found.

Andrew Brown of Post Office Travel Money said “Ski resort costs are likely to play an important part in destination choice this year as the weaker pound puts pressure on the holiday purse, that’s why it is so important to do your homework before booking and factor in all the costs of a ski holiday to the package price.”

As the number one tour operator to Bulgaria, Balkan Holidays are delighted to offer great value for money ski and snowboard holidays to the resorts of Bansko, Borovets and Pamporovo from as little as £232pp. Book early to avoid disappointment and secure your next winter holiday today.