It may only be October but if current weather conditions in Borovets are anything to go by then it looks at though skiers & snowboarders are in for a real treat on their holiday to Bulgaria this winter! Fresh snow began falling in Borovets this morning coating the Rila Mountain with plenty of the white stuff normally only seen later in the year. 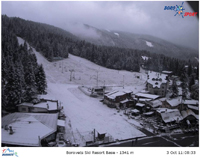 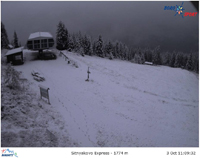 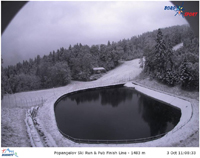 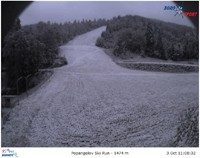 Over recent seasons Bulgaria has seen much improved ski weather conditions adding to the appeal of this already popular value for money destination with Bulgaria's winter tourism bringing in an estimated 417m Euro for the country during the 2012/13 season, an increase of 4.9% on the previous 2011/12 season. From December 2012 until March 2013 over 1m tourists visited the Bulgaria ski resorts which was an 8.2% increase from the previous winter season*.

Of the three main Bulgaria ski resorts the leader in guest nights once again was Bansko with 339,608 guest nights compared to second place Borovets with 176,194 guest nights and third placed Pamporovo with 160,197 guest nights.

Bulgaria winter holidays offer unbeatable great value for money when compared to the leading ski resorts of Europe and this was reflected in last winters Post Office Family Ski Report which showed Bansko as the number one value for money resort in Europe.

Balkan Holidays are proud to call itself the number one tour operator to Bulgaria and offer a wide range of flights and holidays to Bulgaria for the winter season. With late deals starting from just £319pp there has never been a better time to book your next ski or snowboard holiday to Bulgaria!

In addition to these fantastic late deals we are also delighted to offer the following extra deals and discounts for various properties on selected dates for the upcoming winter season: