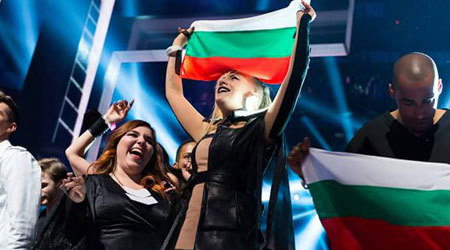 2016 is fast becoming one fantastic year for Bulgaria. With it's popular summer beach resorts already in high demand, there was another welcome surprise on Saturday when Poli Genova took Stockholm's Ericsson Globe by storm at the 2016 Eurovision contest.

The Bulgarian contestant thrilled the crowd with her catchy song ''If Love Was a Crime" grabbing herself 307 points in the process, putting her just behind the winner Ukraine, runner-up Australia and third-placed Russia.

This was only the second appearance by Bulgaria in a grand final since the country's debut performance in 2005. Genova however, is no stranger to the contest having represented Bulgaria in 2011 where she failed to qualify for the final, finishing 12th in the second semi-final.

This year, Genova not only improved on her performance from 2011, but also beat the previous highest finish of fifth place by Stoyan Yankoulov and Elitsa Todorova who had represented Bulgaria back in 2007. Having not participated in the last two editions of the contest, Bulgaria certainly returned with style at this year's Eurovision and we cannot wait to see what Bulgaria has in store for us in 2017!

Eurovision 2018 in Sofia anyone?