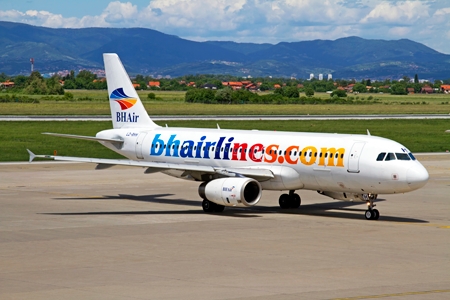 All passengers flying into or out of the UK have been advised to ensure electronic devices in hand luggage are sufficiently charged to be switched on. The Department for Transport have said there could be checks "on some routes into or out of the UK" but did not disclose which routes were involved. The advice has already been applied on selected flights from the UK to the US.

The Department for Transport has now released updated guidelines, saying: "In line with the US advice, passengers on some routes into and out of the UK may now also be required to show that electronic devices in their hand luggage are powered up or face not being allowed to bring the device onto the aircraft. Passengers flying into or out of the UK are therefore advised to make sure electronic devices being carried in their hand luggage are charged before they travel."

The department said that "for obvious reasons" it would not elaborate on the routes affected. "We will work with the aviation industry to minimise disruption as far as possible," said a spokesman. "The UK has some of the most robust aviation security measures in the world and we will continue to take all the steps necessary to ensure that public safety is maintained."

In a written parliamentary statement, Transport Secretary Patrick McLoughlin said the country faced "a constantly evolving threat from terrorism". He said there was no change to the UK terror threat level, which remained at "substantial". US officials said last week they were aware of a "credible" terrorist threat, but have not linked the security changes to any specific intelligence.

Analysts have suggested the action could be a response to efforts by Islamic militants in Syria and Yemen to build bombs that evade airport security checks. As well as mobile phones and laptops, the guidance set out by the Department for Transport also includes a range of other electronic devices such as electrical shavers, travel irons, hairdryers, hair-straighteners and cameras or any other camera equipment.