There's nothing worse than standing in line for ages selecting your perfect combination of All Inclusive grub or spending your hard earned cash on that delicious looking Ice-Cream you spotted out of the corner of your eye while walking down the promenade only to have it whisked away in an instant by a rather hench looking seagull. 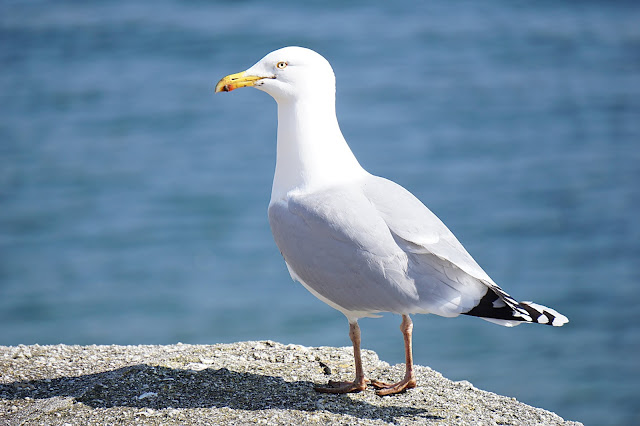 Well, it turns out that following new research conducted by the University of Exeter, a solution may finally be in sight! And who knew we all had it in us all along... According to the study, the feathered thieves take on average 21 seconds longer to approach your mouth watering snacks when a human is keeping a firm eye on them, yes really, staring down the seagull is more likely to intimidate them and put them off approaching your food.

The research was carried out in Cornwall by putting down a bag of chips and testing how long it took herring gulls to make their move while they were being watched, compared to when the human was looking away. Of the 74 gulls they tried to tempt, many few away or would not approach at all however 27 of the crafty birds made their way towards the chips with 19 of them completing both the tests.

Lead author Madeleine Goumas, of the Centre for Ecology and Conservation at the university, said: "Gulls are often seen as aggressive and willing to take food from humans, so it was interesting to find that most wouldn't even come near during our tests.
"Of those that did approach, most took longer when they were being watched. Some wouldn't even touch the food at all, although others didn't seem to notice that a human was staring at them."

She also added that differences in how bold and cunning the gulls may be could be down to their personality or a previous positive experience of being fed by a human in the past.

Dr Neeltje Boogert, senior author of the study, which was published in Biology Letters, explained that gulls learn "really quickly" and may be eager to steal more food after their first successful bid to grab some.

"Our study took place in coastal towns in Cornwall, and especially now, during the summer holidays and beach barbecues, we are seeing more gulls looking for an easy meal," she said.

"We therefore advise people to look around themselves and watch out for gulls approaching, as they often appear to take food from behind, catching people by surprise. It seems that just watching the gulls will reduce the chance of them snatching your food."

So it's time avoid pinning the blame on the kids or swearing that the food never existed in the first place and start perfecting your stare down ready for the ultimate battle of "who blinks first" with a seagull near you.

Check out the video here: