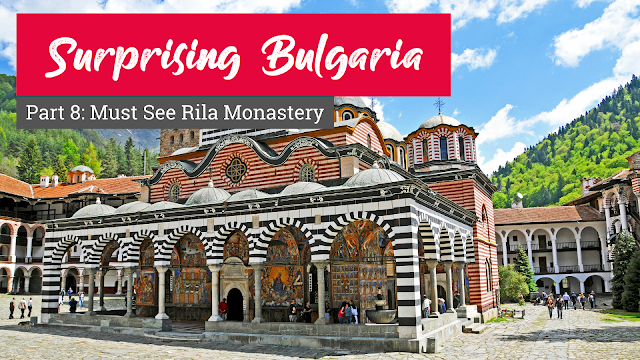 The Rila Monastery is the most revered holy site in Bulgaria, stirring up huge enthusiasm and devotion amongst locals. Everyone who visits is captivated by its beauty, making it an absolute must see for those on holiday in the country.

The approach to the Eastern Orthodox edifice is nothing special. It’s hidden away in a narrow and forested valley in the Rila Mountains, just over 100km from the resort of Borovets. Enter the courtyard however, and be prepared to be overwhelmed by ancient charm.

This is Bulgaria’s largest and best known monastery. It was founded in AD 927 by Ivan Rilski, the leader of a monastic colony of hermits. It was originally built about 3km to the north east, and was moved to the current site in 1335.

The monastery helped to keep Bulgarian culture and religion alive during centuries of domination by the Turks, who destroyed the monastery on several occasions. Then in 1833, an accidental fire nearly destroyed the entire monastery. So much money was quickly donated however, the rebuild was fast, and everyone realised once again, people’s love and devotion for the site.

In 1961 it was proclaimed as a national museum by the Bulgarian government and in 1983, included in UNESCO’s list of World Heritage Sites. It remains a functioning monastery and houses about 60 monks. These days it is claimed that around a million visitors come each year. 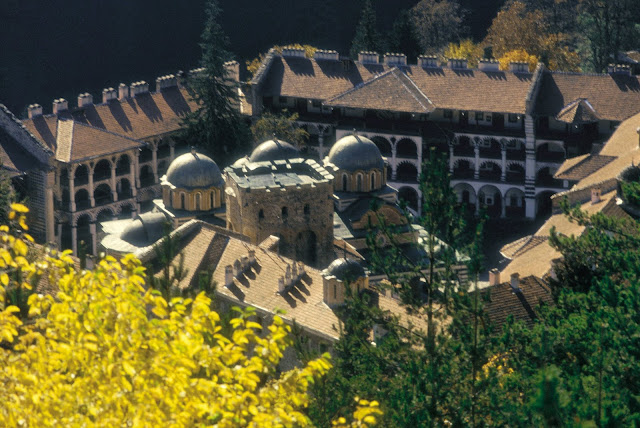 You can spend a good few hours here and one of the key sites is the Nativity Church. It has zebra-like colourings on the exterior, which are rather eye-catching. It’s the largest monastery church in Bulgaria and was built from 1834 to 1837. Under its five great domes there’s plenty to see. The outside is covered with hair-raising frescoes, showing scenes of hell, where demons torture nude sinners with implements sure to cause pain. Inside, the gold-plated and intricately carved iconostasis (or icon screen) was created by masters from the towns of Samokov and Bansko. Visitors should note that photography inside is strictly forbidden. 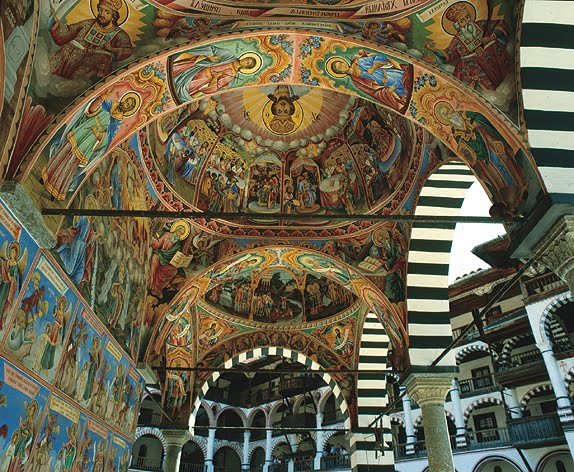 You won’t miss the Hrelyu tower, which is the only part of the monastery which dates back to the 14th century. It was built in 1335 and named after an important benefactor.

To the left of tower, and slightly behind is the kitchen. Built in 1816, it has a 22m-high chimney with 10 rows of ascending arches to ensure the soot is taken skyward. 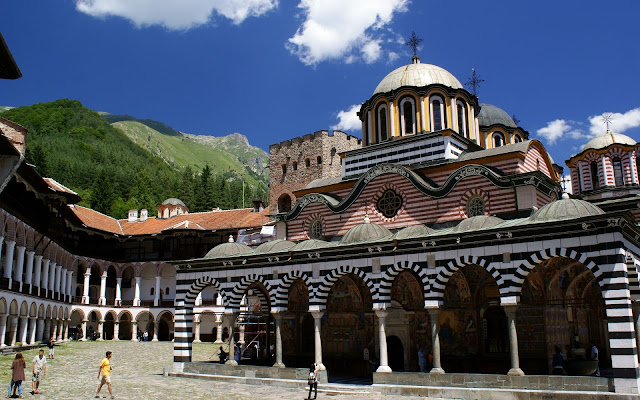 The Museum houses the remarkable Rila Cross, a two-sided crucifix carved by master wood-carver, Brother Raphael between 1790 and 1802. On it are carved more than 100 Bible scenes and verses, and about 650 figures. The artist harmed his eyesight after 12 years of intricate work to create the artefact. Through the far archway, you emerge from the site and there is a café for a coffee stop. 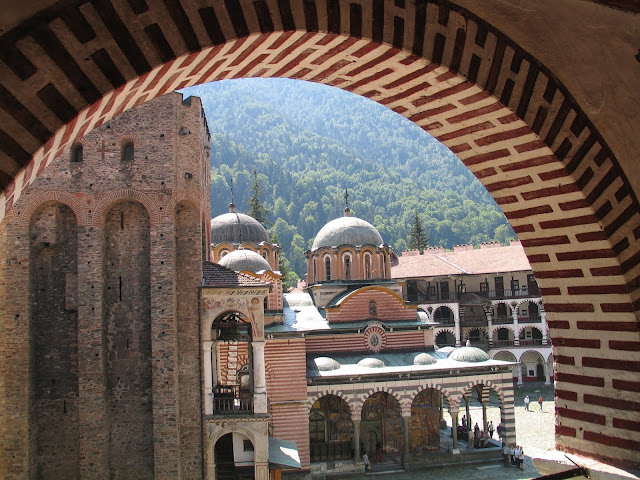 A half day visit to the Rila Monastery can be arranged for those staying with Balkan Holidays in the summer, in the resort of Borovets. The excursion costs £27 per person, for a guided sightseeing tour, departing at noon. To be booked with your representative on arrival (May to October).