Worried about ever increasing travel prices in Europe? Sofia not say TripAdvisor, there is still value to be found...

According to a recent study conducted by TripAdvisor, Sofia, Bulgaria tops the list as one of the cheapest places to go if you are looking for a great value city break.

Of the 49 cities worldwide included in the study, the Bulgarian capital offered the best deal for a one-night stay in a four-star hotel. London was one of the most expensive in the survey costing almost three times as much as Sofia.

TripAdvisor spokesman Angus Struthers said "The list shows that Asia is the most affordable continent, while Europe is the most expensive, but some European cities – like Sofia, Warsaw and Budapest – are bucking this trend" 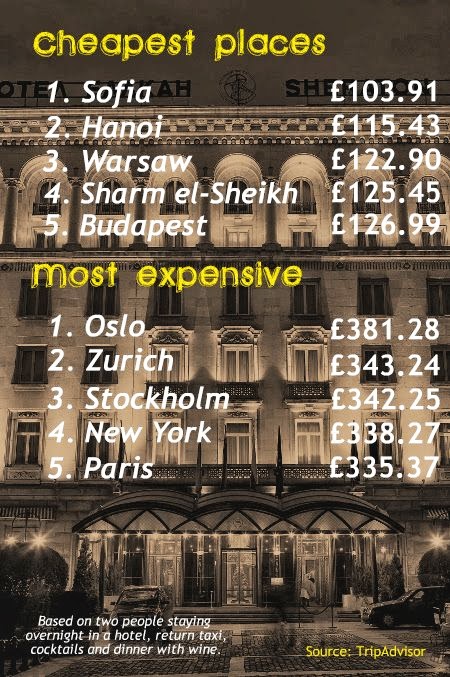