In our previous article, we looked at five out of Bulgaria's nine UNESCO World Heritage Sites. Here are the remaining four. 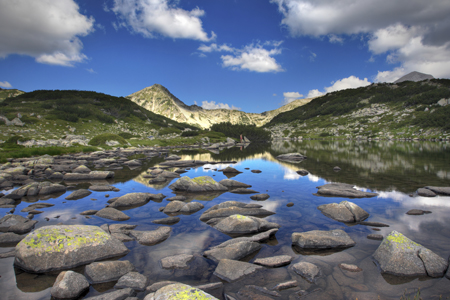 Pirin National Park The 274km2 national park has been a world heritage site since 1983. It was founded on the 8th November 1962 in order to protect the forests in high mountains. The national park consists of the Pirin Mountain an its highest peak, Vihren at 2914m, which can be climbed easily and those who make it to the top will be awarded a beautiful view. There are more than 40 other peaks above 2500m, for example the Kutero I and Kutero II, at 2908m and 2906m respectively. The nearest town to Vihren is Bansko, 15km away. The national park has 176 lakes, all of them with crystal clear water. Its rich vegetation makes it one of the most varied ones in Bulgaria. Some 1300 species of plants live here, 28 of them can be found exclusively here. Its fauna consists of 2090 species of animals. 300 are rare, 15 are endangered. Pirin National Park is the home of 160 bird, 12 bat and 6 fish species as well. Srebarna  Biosphere Reserve The reserve is situated 2km from the village of the same name, 18km from Silistra and 2km from the River Danube. It has been a world heritage since 1983. The surrounding area of the 1-3m deep fresh water Lake Srebama is the nestling place of 100 bird species, many of them rare and endangered. In winter a further 80 species of migrating birds find safety here. The reserve is the home of 139 species of plants, 11 of them threatened by extinction.