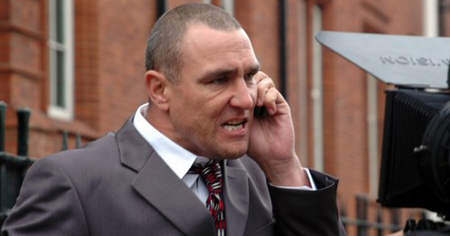 The British footballer-turned-actor Vinnie Jones will appear in the upcoming second season of the Bulgarian reality show Kurtitsata (The Mole).

The 49yr old former Wimbledon, Leeds United and Chelsea man became famous as a Hollywood tough guy after his playing days for his roles in movie blockbusters such as “Lock, Stock and Two Smoking Barrels”, “Snatch” and "Escape Plan".

Jones will join the show on February 27, for the pilot episode, which will air daily. The action packed reality show will feature 18 people facing various challenges across 12 weeks in order to win a mouthwatering cash prize.

Did you know? It's not the first time Vinnie Jones has been linked with Bulgaria. He made his debut for Wales as a footballer on 14 December 1994, three weeks before his 30th birthday, with a 3–0 home defeat to Bulgaria in the Euro 96 qualifiers!