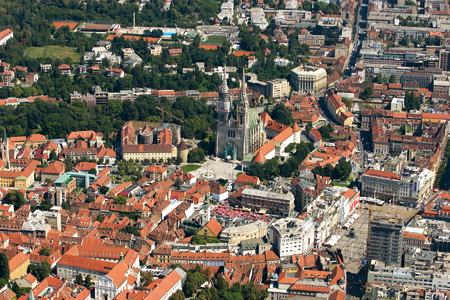 The capital of Croatia, Zagreb has a population of about 800 thousand. It is essentially two cities merged together: the Downtown has broad avenues, spacious squares and secession buildings, while the Uptown has a medieval atmosphere. 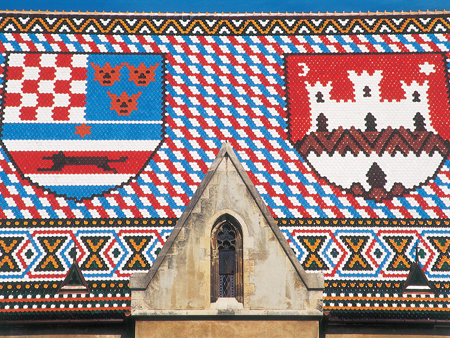 Zagreb’s ideal location at the junction of routes connecting Central Europe and the Adriatic has made it an important role in trade and industry,  while maintaining its friendly charm and welcoming ambience not many capitals have. It is also only half an hour drive from a popular ski resort, another rarity in Europe.

The most famous building of Zagreb, the Cathedral is situated in the Kaptol area of the Uptown, but visible from many parts of the city. It was built in 1217 and later extended with a fort system to stand firm against Turkish conquerors’ attacks in the 15th century.

The most colourful and one of the most beautiful streets of Zagreb is Tkalciceva Street offering the genuine old atmosphere of Zagreb. Boutiques, bars, restaurants, galleries located in refurbished 19th century palaces are found here.

Another important monument of Zagreb is St Mark Church, built around the 13th century in the Old Town. In the Eastern part of the city you will find the Maksimir Park with the Zoo.

The City Museum shows the history of Zagreb with the help of interactive presentations and other exciting ways, while the Museum of Technology have 19th century fire trucks, old airplanes on display, and incorporates the Planetarium an d the recently refurbished demonstration studio of Nikola Tesla, with all its miracles and excitements.

For a magnificent view of Zagreb from above, head to the Lotrscak Tower using the funicular, one of the shortest ones of the world: 66 metres long, covering a height of 30m. Each day at noon cannons are fired to commemorate the victory over the Turks. 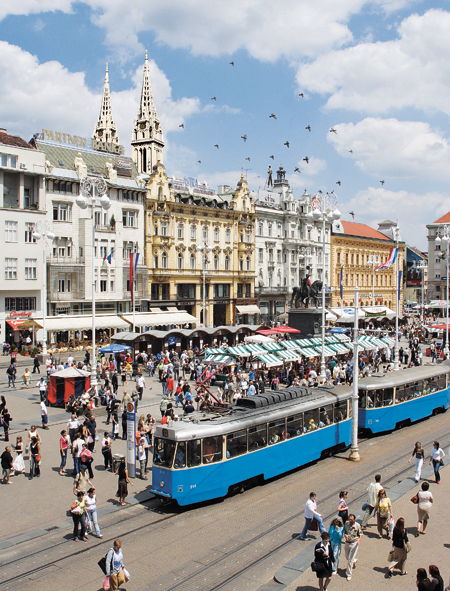